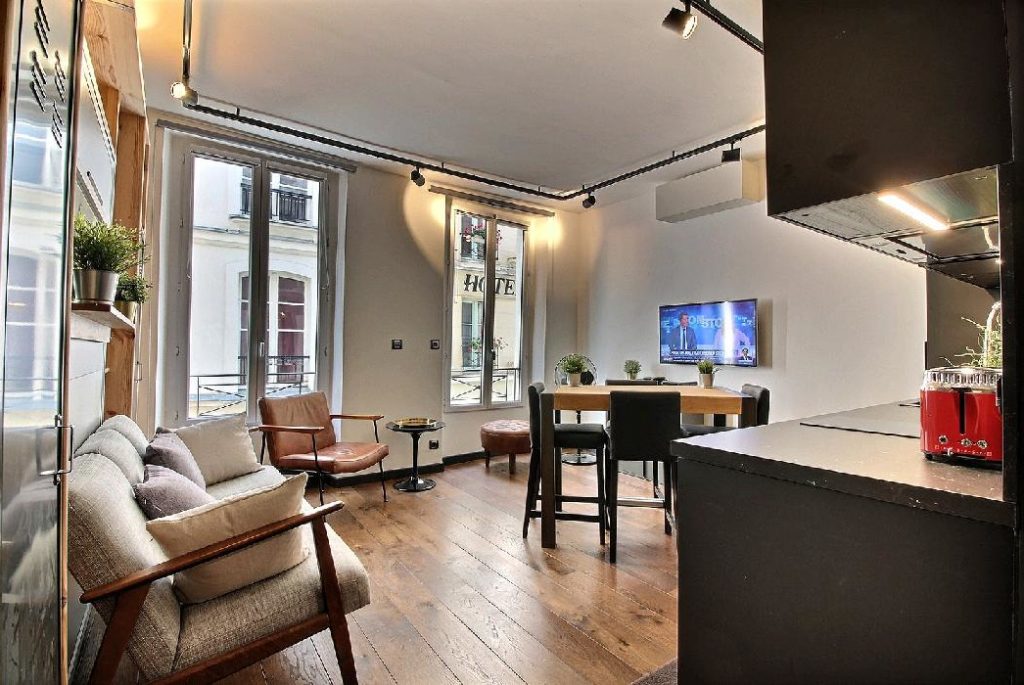 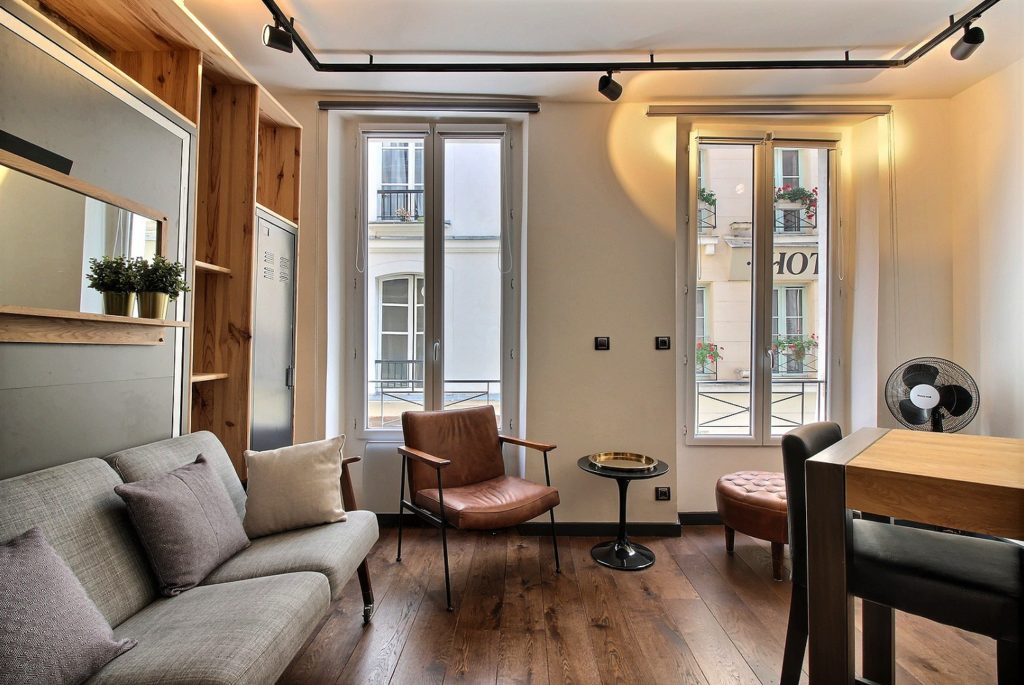 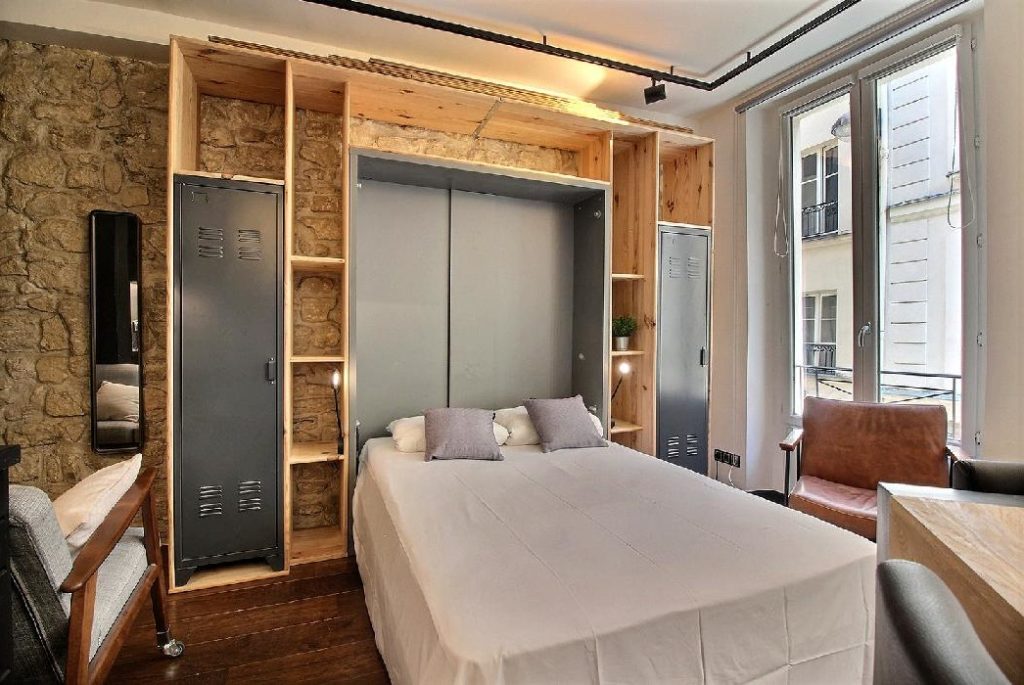 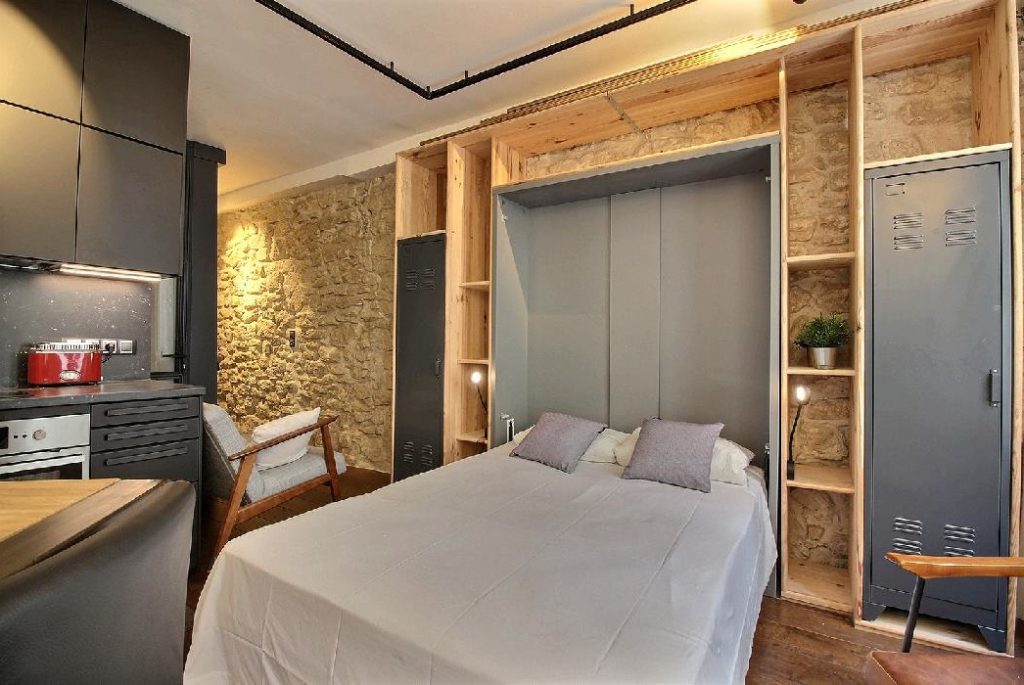 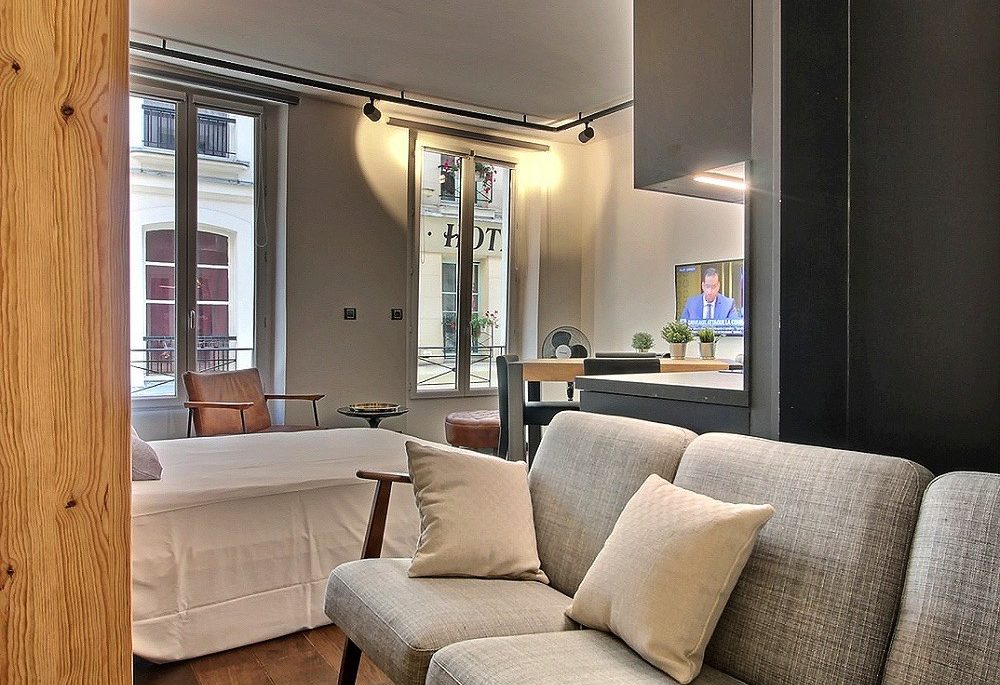 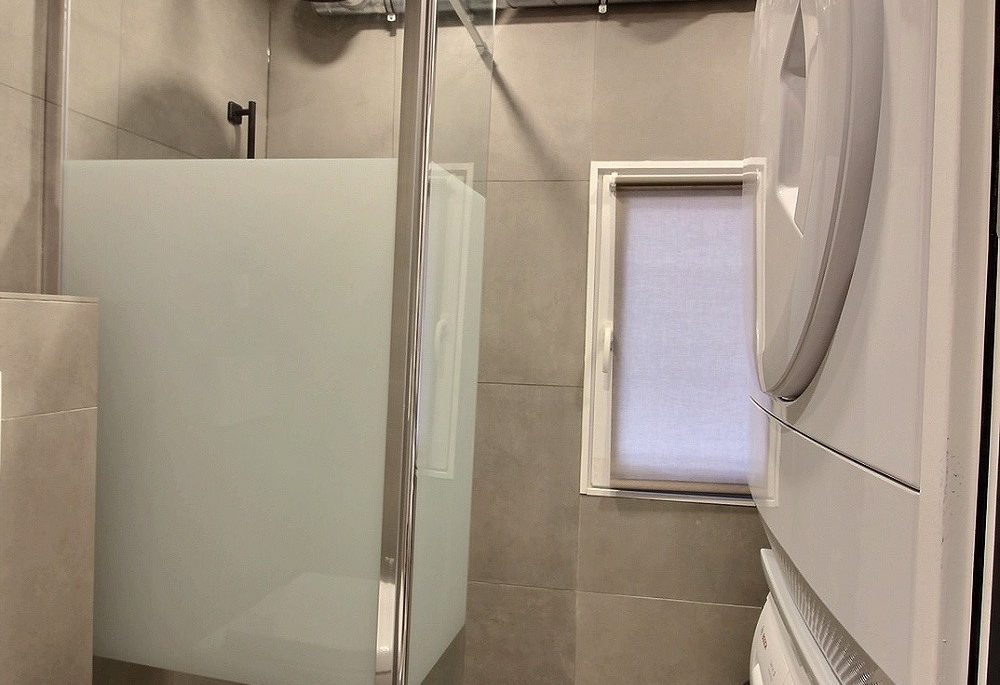 This studio of 30m² is fully renovated and well designed. Upon entering the apartment you will find on your right the bathroom with a shower and a sink.The washing machine and dryer are at your disposal. Along the corridor you will find a large black cupboard, before entering in the fully equipped kitchen open on the main room. It features an oven, fridge, toaster and a high wooden dining table for 4 people.

The sofa is convertible into a double bed. It is easy to pull it out and retract for more space.You will also find two shelves to store your belongings next to the bed. The apartment also includes a flat-screen TV, internet and a telephone.It is well appreciated by its contemporary style and its high-quality equipments. 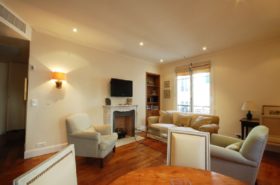 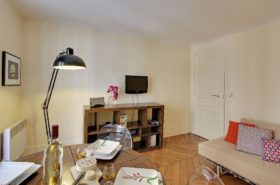 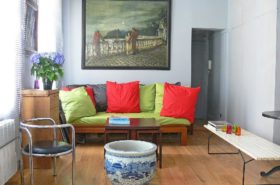