This apartment is located in the 14th arrondissement of Paris between the Tour Montparnasse and the Place Denfert-Rochereau. It is close to the Market Daguerre, the place Edgar Quinet, the shopping center Montparnasse and Rue de Rennes, an amazing stReet for shopping. The apartment is also just a ten minute walk away from the beautiful Luxembourg Gardens.

The nearest metro stops are Gaite and Denfert-Rochereau. Denfert-Rochereau and Montparnasse are also very convenient stops for the bus lines. There is also direct access to CDG airport using the RER at Denfert-Rochereau. This apartment is located on the 4th floor with access to an elevator. Entry into the building is via a door code that guests will be provided with.

This is a two room apartment that can sleep up to 3 people comfortably. There is a living/dining room with a couch that opens up into a sofa bed for one person. The dining table is suitable for 4 people. The kitchen connects to the living room but it is also accessible from the hallway.

The bedroom has 2 twin beds (80x200) that are side by side to form a double bed (160x200). The closet provides ample space for storage and the bedroom windows look out onto a quiet courtyard.

The bathroom is located next to the bedroom. It is small, but functional and it has a shower, sink, toilet, and a washing machine. This quaint apartment is suitable for 3 people, but is perhaps more comfortable for a couple or a couple with a child.

Theatres, workshops, museums… This district has retained all its artistic effervescence. The Montparnasse district was named by students in reference to Mount Parnassus, the residence of the Greek mythological muses. It was later the scene of the intellectual and artistic fever that was the Roaring Twenties. The Montparnasse district then became home for artists such as Pablo Picasso, Guillaume Apollinaire or Ernest Hemingway.

Today, it is still the heart of Parisian dramatic arts with theaters such as the Montparnasse Theater, Bobino, the Gaîté Montparnasse or the Rive Gauche Theater. Following the inner ring road, an old railway line that once circled Paris, you will pass through the Plaisance district before joining the Petit Montrouge. Rows of architectural houses, pretty small buildings, redeveloped town houses, the villas of the district offer a wide variety of Art Nouveau and Art Deco facades. The vast glass panels of the Villa d’Alésia mark the presence of former artist and craftsman workshops, the last traces of an industrial past. After this beautiful walk, take a rest in comfortable spot in the 15 hectare Montsouris park.

This English garden shows many characteristics of a typical Haussmannian park: fake wood ramps, waterfalls and caves, intimate nooks and crannies and high viewpoints. Come here to admire the yellow Chestnut trees and Ginkgo biloba, and the 27 species of ornamental waterfowl. A getaway not to be missed! 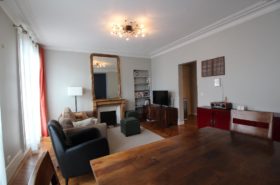 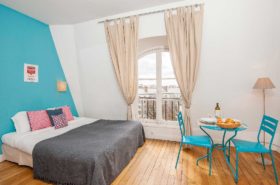